The world's largest event in the field of heating and processing metals The Bright World of Metals 2015, held from 16th to 20th June 2015, opened its gates again after not being held for four years. The exhibition area was divided into four categories - THERMPROCESS, GIFA, METEC and NEWCAST. And we were there. 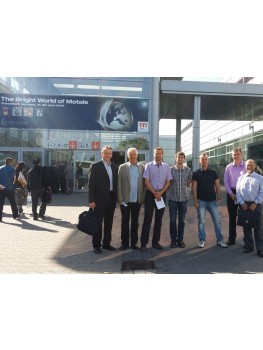 Roboterm representatives at the fair in Düsseldorf